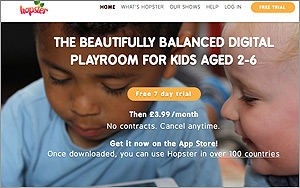 Marketing agency Quaid Media reported it had booked more than 12,000 TV ads for apps across 11 countries so far this year, a tenfold increase over the entirety of 2014.

1. The rising cost of performance and install-based advertising is causing companies to consider other forms of marketing and finding TV fits into their budget.

2. High-profile TV campaigns run by some of the really big app companies (think Game of War’s Super Bowl ad featuring Kate Upton) have encouraged others to try TV for themselves. That, in turn, is influencing more companies to see if it can work for them.

3. Companies that already have effective user acquisition strategies and are expanding their product portfolio are turning to TV as a platform for brand building—which is what TV excels at.

In addition, app marketers are taking a second look at TV as more effective measuring tools are available. Back in April, mobile attribution and analytics platform AppsFlyer released a tool that can track installs in a geographic area after an ad runs and generate post-traffic analytics.

Separately, London-based children’s streaming service Hopster announced its first TV spot on Monday. Since starting out as an iOS app, the service expanded to Apple TV in May.

The spot will run for two weeks on pan-European pay-TV operator Sky and is reflective of a greater trend in app marketing. As more money flows into mobile advertising, marketers are looking for effective outlets.