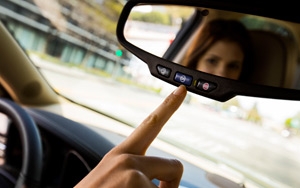 Automakers have poured lots of money into vehicle technologies like WiFi connectivity, music and navigation apps, and semi-autonomous driving functionality. When it comes to consumer adoption of those features, maybe the glass isn’t full.

A new study from J.D. Power suggests that perhaps a lot of people really don’t need park assist, aren’t using their cars as hotspots, and don't require fighter-pilot technology to see their speed and fuel levels projected on the windshield.

The report says there are 14 features that 20% or more of owners do not want in their next vehicle at all, including Apple CarPlay and Google Android Auto; in-vehicle concierge services like GM’s OnStar; and in-vehicle voice texting.

Renee Stephens, VP of auto quality at J.D. Power, tells Marketing Daily that for a lot of consumers, new technology is a plate of green eggs and ham. “They wouldn’t consider it in their current car, and they don’t want it in their vehicle tomorrow.” And the study says owners who reported their dealer did not explain the feature have a higher likelihood of never using the technology to begin with. Furthermore, features that are not activated when the vehicle is delivered often result in the owner not even knowing they have the technology in their new vehicle.

Stephens says that, for this reason, automakers and dealers need to be proactive in booting up these features  before the vehicle is delivered. “The fact is, if I don't use it in the first 30 days, I may not use it at all,” she says.

Counterintuitively, the numbers do not get better as consumers get younger. Among Gen Y, the number of features unwanted by at least 20% of owners increases to 23, with entertainment and connectivity features the least enticing to younger consumers. Says Stephens, “Gen Y consumers look at what capability they have on their phones and tablets, and they just want to be able to plug that in. So satisfaction rates with vehicles that have plug-and-play functionality had higher satisfaction than those where you have to use in-vehicle capability for navigation, apps and even voice recognition.”

The technologies owners most often want are safety and driving experience features like blind-spot warning and adaptive cruise control, and vehicle health diagnostics technology, per the study.