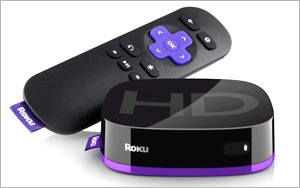 Viewers who are only getting their video programming solely from pay-TV providers or (gasp) over the airwaves are now in the minority.

According to The NPD Group, half of Internet-connected homes in the U.S. have a device that connects their television to the Internet (the tally includes Internet-enabled TVs, as well as separate devices Blu-Ray disc players, video game consoles and commercial streaming media players, that use the TV as a screen). In total, 46 million homes had some sort of  connected-TV device in the second quarter of this year, up four million from the same period last year, according to NPD.

“We’ve hit mass-market adoption and scale, which is critical to programmers for distribution,” John Buffone, executive director of NPD’s Connected Intelligence service, tells Marketing Daily. “When you reach 46 million [households], networks and programs have a reason to release their programming over-the-top.”

The big surge for connected streaming devices is coming from Internet-capable Smart TVs. According to NPD’s Retail Tracking Service, 45% of TVs sold in the U.S. supported over-the-top programming apps -- up from 34% in 2014. The rate of devices using the Internet has also increased. Currently 69% of all Internet-capable TVs are connected to the Internet, up from 61% last year.

“The increase in the number of homes that use a TV with apps is the result of three very important factors,” Buffone says. “Sales of TVs with apps have skyrocketed, their user interfaces have improved and there has been a surge in available premium services and programming.”

Among the streaming services, Netflix remains the most popular, followed by YouTube, Amazon Instant Video, Hulu and HBO Go, which displaced Crackle in the top 5.

The increased usage of Internet-connected streaming devices is good news for programmers who have many more opportunities to attract audiences, but the continued success will mean many networks, carriers and programming houses will have to work together to ensure success, Buffone says.

“It means change [for the Pay-TV providers], but it’s something they’ve been a part of for years,” he says. “This is not a story of Pay-TV vs. Internet programming; it’s about them beginning to work together.”