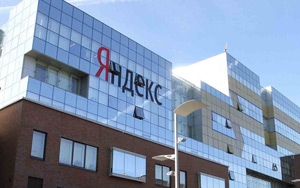 Beginning Monday, Russia's largest search engine Yandex.Direct will use an action method known as Vickery-Clarke-Groves (VGC) to serve ads in what the technology running the platform considers the best positions in query returning in search engine results pages across the Yandex Advertising Network.

The platform will select ads competing for the block of advertisements in the SERPS based on their quality, as well as the advertiser's bid. These changes are aimed at providing Yandex's advertising clients with maximum traffic at an optimal price, while serving the ads that are most relevant to our users.

A better price keeps advertisers bidding on a lower position -- three -- in the SERPs, but the tactic provides advertisers with lower costs and baseline clicks. Yandex believes by doing this the advertiser forfeits up to 25% additional traffic from the first or second position.

The new auction model aims to provide a better query results position for advertisers, but not necessarily an increase in the cost per click. Instead there is a cost for baseline clicks, dependent on the traffic achieved in the third position, and then additional costs for clicks beyond the baseline clicks. The cost for additional clicks in first, second, and third positions will remain the same, but advertisers will pay more for clicks in the first and second position.