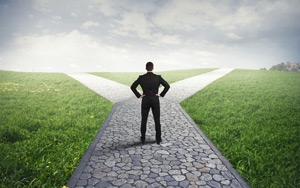 Experian Marketing Services released its quarterly email benchmark report Q2 2015 focusing on engagement rates and duel subscriber rates, those who subscribe to email and some sort of alternative communication, like mobile text of push messages on their device.

It also includes trends and tips as the industry pushes into the holiday season.

Giving customers a choice, making them feel empowered, boosts engagement. While connections with brands occur across multiple channels, one successful way to empower customers with email is to include the words "choose" or "choice" in the subject line.

Overall performance rates for Q2 year-over-year metrics for 2015 versus 2014 shows that total and unique open and click rates, bounce and unsubscribe rates and average order values during the quarter pretty much matched, or came fairly close to, the rate seen in Q2 2014.

Transaction rates and revenue per email declined slightly, but the results were mixed as 51% of brands saw significant year-over-year increases in these metrics. Q2 performance on nearly all metrics matched or came in just a bit below Q1 2015. Unsubscribe rates declined as the post-holiday spillover slowed.

The majority of total clicks to specific pages on Web sites occurred on desktops, although multichannel retailers split evenly between desktops and a combination of mobile and tablet platforms.

The largest percentage of clicks for all industries was received on Windows, followed by iPhone, which was particularly strong for media and entertainment and multi-channel retailers.

Analysts also looked at consumers who subscribe to both email, whether opened on a smartphone or desktop, and some other form of communication such as mobile text or push messages on their device.

In the analyses of SMS and MMS messaging programs from two brands it turns out dual subscribers were 3.9 times more likely to complete transactions than email-only customers. Transaction rates for mobile campaigns were 10-times higher than those for email campaigns

More than half of all email opens and 38% of clicks occur on mobile devices, but sometimes it takes two channels to make a campaign work. So, to better understand the value of mobile subscribers, Experian Marketing Services analyzed case studies from two brands with on-going SMS and MMS messaging programs. In both cases, analysts could attribute transactions to mobile campaign data by subscriber.

Consider this: signing up to receive emails, subscribers can open those emails on desktop, tablet, e-reader or mobile device. Mobile SMS and MMS require a separate opt-in. In the first analysis, "Brand A," which sends emails and SMS messages announcing seasonal products, wanted to see if email subscribers who also provide their mobile phone numbers transact more in any one channel, compared with email-only subscribers.

Comparing both, Experian found significant increases in the percentage of mobile and email subscribers who had completed transactions. Dual subscribers (22.5%) were 3.9-times more likely to make a transaction, compared with email only subscribers (5.7%).

Customers who texted to get a coupon were more willing to complete a purchase than those receiving a push campaign, but both message types were successful in generating revenue. The overall revenue per message was $0.32, which is more than 3-times higher than the all industry revenue per email for this period at $0.09.