Alphabet Becomes Google's Parent Company At The Close Of Business 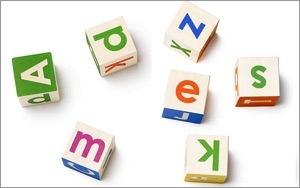 Google officially becomes an Alphabet holding subsidiary after the close of business Oct. 2.

Online advertising businesses -- from search to display and Android and YouTube -- will become part of Alphabet's Google subsidiary. Moonshot businesses such as Nest, Google Ventures, and Google Life Science, among others, will eventually fall under Alphabet, the company said.

Google's Class A and C stocks will begin trading as Alphabet Class C Capital Stock and Alphabet Class A Common Stock, respectively, on the Nasdaq Global Select Market Monday. The stocks will retain the same ticker symbols GOOG and GOOGL and the same shareholder rights, the company wrote in a statement on its Web site.

Google co-founder Larry Page explained the move in a blog post last August. Page steps in as CEO of the new company, with Sergey Brin as president. Sundar Pichai takes the reins as CEO of Google Inc.

"This new structure will allow us to keep tremendous focus on the extraordinary opportunities we have inside of Google," Page wrote.