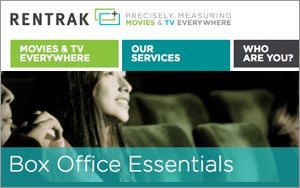 After many years of offering TV station ratings and TV network viewing data, Rentrak is starting up a data service for syndication TV programming.

Rentrak says the service will report national ratings and impressions for live, C3 and C7 metrics for total TV homes as well as automotive purchasing, retailer spend, creditworthiness and political audiences based on daily reporting from all 210 markets.

Media agencies including Horizon Media, Carat and Omnicom Media Group, will have access to this service.

Sony Pictures Television is Rentrak’s first syndication service client. In a release, Amy Carney, president of advertiser sales strategy and research for Sony, said: “Now that agencies are adopting the service, this additional insight and advanced analytics will give them an enhanced picture of all that syndication offers their clients.”

Rentrak gathers its television ratings from cable, satellite, and telco companies from more than 36 million televisions in 16 million TV homes, and for video-on-demand viewing from approximately 120 million TVs.