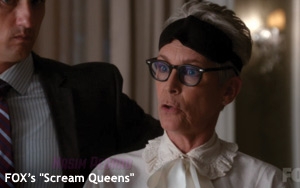 Traditional TV ratings may be weak for many new broadcast network shows -- but many are scoring well when it comes to social media and general word of mouth.

New Fox shows have been earning high numbers so far through two weeks of the season in terms of “engagement” and “impact” and “responsiveness,” according to an Engagement Labs study.

Fox’s “Scream Queens” earned the best results overall on Facebook (a 96.92 score), Twitter (94.59) and Instagram (97.22). The score, called an eValue, calculated a total number from engagement, impact, and responsiveness qualities. The score looks at over 100,000 brands' performance on social media, scoring them between 0 and 100.

“Scream Queens” was also best on Instagram with the highest engagement number at 98, and an impact result of 79.

When it comes to responsiveness, NBC’s “Best Time Ever with Neil Patrick Harris” came out on top for Facebook with a 37.56 number. On Twitter, “Scream Queens” took the top spot with 69.81.