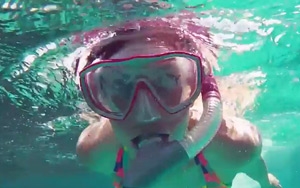 Creative is a call to travelers who want more than to sight see along the beaten path. It's for adventurers who don't just want, but require, immersive, culturally rich travel.

The multi-million dollar marketing campaign includes broadcast, digital and outdoor advertising, in addition to public relations, social media and direct marketing.  It debuts Oct. 19with a series of broadcast and online ads, including a live streaming outdoor campaign delivered via the social platform Periscope.

The effort reflects the brand's adventurous spirit by placing the traveler's personal experience and point of view at the heart of the campaign, says Michael Bayley, president and CEO, Royal Caribbean International.

"Our mission is to challenge misperceptions and invite the next generation of travelers to experience the unique Royal Caribbean adventure," he says, in a release. "Our loyal guests recognize that Royal Caribbean is an adventure designed to inspire and excite the senses. With our new campaign, we will show these new travelers what our guests already know and love."

The campaign’s creative showcases the brand’s  innovation –- including the Oasis- and Quantum-class ships -– that deliver many industry firsts such as ziplines and rock climbing walls, the FlowRider surf simulator and the RipCord by iFly skydiving experience, to leading technological breakthroughs like VOOM, the fastest internet at sea.

Even as the cruise industry has grown on the strength of new ships and modern program offerings, the reality is that a majority of the population, particularly Millennials, has never taken a cruise. The new campaign is not only an invitation from Royal Caribbean to "Come Seek," but aims squarely at conventions that may inhibit continued growth, Bayley says.