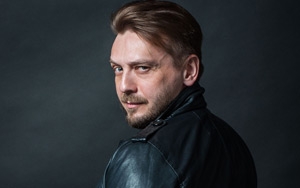 Rogue reviews are in the news again. This time Amazon has sued hundreds of freelancers for selling fake reviews, accusing more than 1,100 people of offering to post positive writeups of ebooks and other products for fees of as little as $5. Amazon isn't the only one feeling the pain.

It's a challenge for marketplaces, retailers and brands to fight fraudulent online ratings and reviews. Better reviews help a product or brand rank higher in search engine query results pages. To post a verified review, where Amazon verifies the person posting item purchased on Amazon, some of the reviewers allegedly ask for a promo code to get the product for free.

Reviews play various roles in what results display in certain Google template objects including Local Stack and Snack Pack, according to Marty Weintraub, aimClear founder. Reviewers' quality also seems to matter, such as quantity of reviews by authority reviewers on Yelp Elite, Google Local Guides, and others.
"There is correlation data suggesting that Amazon reviews impact ranking," Weintraub says. It's also important to remember that ranking is only the first half of the battle. Obviously customers gravitate toward converting on products and services with great reviews and shy away from crappy ones. Bottom line: good reviews are usually good somehow, including in Google's eyes."

Brian Krebs, former reporter for The Washington Post, now runs a blog "Krebs on Security." He reminds readers not to be fooled by fake reviews, and points to a piece about Full Service Van Lines, a moving company that had mostly five-star reviews online but whose owners and operators had a long and very public history of losing or destroying their customers’ stuff, along with other bad things. He says that last week federal regulators shut down the company.

He also points to Bryan Seely, another cybersecurity expert and former Microsoft employee. Seely is working on an as-yet unpublished book highlighting black SEO practices and how they relate to fake companies online with different business names, addresses and phone numbers. The calls to each of these phony firms are eventually all routed back to the SEO company, which sells the customer lead to one of several companies that have agreed in advance to buy such business leads. No doubt he got fodder for the book from his escapades in February 2014.