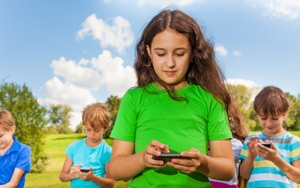 A study released from Ofcom, a watchdog in the United Kingdom, suggests Google and others are not doing enough to make sure kids understand the difference between paid search or sponsored advertisements and organic query results.

Ofcom released a study showing that 69% of kids ages 12 to 15 cannot tell the difference between a Google search ad and the organic results on a search engine query page.

The report examines the use of media use, attitudes and understanding among those ages 5 to 15, as well as detailed information about the media access and use of young children ages 3 and 4. It also analyzes how parents view their children's media use, and the ways they decide to monitor or limit use of different types of media.

It seems the world needs a few more skeptics. Only 16% of children ages 8 to 11 know whether they're seeing an ad or search query result. Children trust most things they see online too much, as 19% of young teens believe online content must be true. The younger they are, the more trusting they will be.

Fifty percent of search engine users ages 12 to 15 make some type of critical judgment about search engine results -- believing that some of the sites returned will be truthful while others may not be -- while some 19% believe that if a search engine lists information then it must be true, and 22% don’t consider the authenticity of results but just visit the sites they like the look of. This is unchanged since the study done by Ofcom in 2014.

Although sponsored ads are distinguished by an orange box with the word "Ad," or "Sponsored," only 16% of 8- to 11-year-olds and 31% of 12- to-15-year-olds who use search engines correctly identified sponsored links on Google as advertising.

Not surprisingly, younger children are online more often because parents give them the devices they use to access the Internet. Four in 10 children ages 5 to 15 have a mobile phone of some kind, and one in three have a smartphone, per the study. The likelihood of owning a smartphone increases with the age of the child. The study found that 4% of 5- to-7-year-olds own a smartphone, 24% of 8- to-11-year-olds, and 69% of 12- to-15-year-olds. No children age 3 and 4 had their own mobile phone (thank goodness).

Smartphone ownership is more likely among girls than boys between the age of 8 and 11, 29% vs. 19%, respectively, although the study did not identify a difference by gender among children ages 12 to 15.