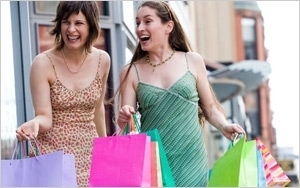 As shoppers, Millennials are different from older generations. While they prioritize value like their older counterparts, they are more likely to buy natural and organic products and they are quicker to jump on new trends, according to a new report from Nielsen.

For example, 42% say they bought gluten-free products last year, well above the 29% reported by Baby Boomers.

When it comes to retail shopping, Millennials are value-conscious and particular. They look for good deals, primarily online, and won’t think twice about downloading a store coupon from an app on their smartphone or tablet.

While they’re deal seekers, Millennials won’t give up quality or taste when it comes to their alcoholic beverage purchases. And as a result, a large percentage say they will not spend their money on mass-market alcoholic beverages. That’s one factor that has led to the growing popularity of craft beverage alcohol products or those that appear to be craft but are actually mass produced by the major manufacturers.

Comfortable with technology, Millennials are generally more highly engaged in pre-store buzz than older generations. As a result, trial and pre-store promotions in the overall CPG space are critical to reach this group, whereas Gen X and Boomer consumers are more interested in browsing and investigating labels when they are in the store. So while there’s a great opportunity to influence in-store decisions among older consumers, retailers and manufacturers need to influence Millennial purchase decisions more so before they even get to the store.

Influencing Millennials before they make their shopping trips is even more important because they make fewer trips than their older counterparts. For example, the average Millennial makes 39 trips to the grocery store each year, compared with 48 among Gen X and 58 trips among Boomer consumers. That said, however, they make more out each trip by spending more per visit. Millennials spend an average of $54 per trip, $11 more than Boomers.

So for retailers and manufacturers looking to engage with Millennials, the bottom line should be about focusing on a few key value propositions: authenticity, originality and value.

Media buyers should consider rolling back the clock when it comes to reaching that all-important Millennial demographic.

The report from Nielsen indicates that adults 21-34 years old spend about 11 hours weekly tuning in to AM/FM radio, and they spend about the same amount of time using an app/Web on a smartphone. TV is still important, but advertisers now have additional ways of reaching their best consumers, according to the report.