How Will The Fourth Industrial Revolution Impact Search Advertisers, Marketers? 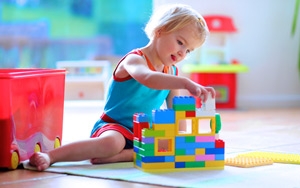 How will the Fourth Industrial Revolution impact search advertising and marketing? Infosys, an Indian consulting firm, commissioned a study of young adults in nine major economies. The study had nothing to do with search, and everything to do with the jobs and the skill that will become more important across the board, impacting search advertising and marketing.

While the third revolution defined by the rise of technology and automated production, the fourth revolution reflects the blurring boundaries between humans and machines.

When asked to rate the top three drivers that Infosys survey participants expect to impact most of their working lives through 2020, 34% pointed to mobile Internet and cloud technology; 33%, artificial intelligence and machine learning; 28%, the rise of Big Data; 27%, the Internet of Things, and 25%, advanced robotics and autonomous transportation.

Overall, technical skills are seen as crucial to future careers. The need, per country, fluctuates when it comes to learning about certain skills such as cybersecurity, computer networking, coding, and Big Data analytics. About 75% of young people in India and China are interested in developing skills in data science and analytics, The percentage falls to 47% in France and Germany. The number of young people who show a strong interest in learning these skills is 40% in India, compared with 15% in Germany.

Over 75% in India, Brazil and South Africa have an appetite for learning how to code, compared to just over 60% in the U.K. and the U.S. Again, interest in Germany falls to under half. It's not clear whether that means people in these countries already have the skills or just do not find the need or desire to learn them.

Despite the ambiguity, the majority of young people across global markets participating in the survey recognize that success in their career will depend on learning new skills throughout their working lives. On average. 84% agree, with women slightly more inclined to agree, rising to 87% in Australia and falling to 77% in India.

They also recognize the pace at which technology and progress changes continues to increase. Gaining new skills and training is viewed as a lifelong pursuit. Young people -- especially 18- to-25-year-olds -- do not expect that formal education alone will provide the skills necessary for a successful career or that there will be a cutoff point when the need to re-skill ends.

Worldwide, only 8% of respondents to a recent study want to work for a startup. The startup takes much more work. The U.S. ranks close to the global average at less than 10%, although successful startups like Google and Facebook ultimately attracted very talented individuals and multi-billion-dollar valuations. Working for a large business, specifically for men, is more attractive, per the study.

For the most part, people want to work where they can learn. They want diverse skill sets. More than 75% of young people in Brazil and India rate their level of confidence in their skills at seven to 10 out of 10. This falls to 65% in China and the U.S. and to just a bit more than 50% in other developed markets. On average, people regard a skill to be important by 10% more if they perceive themselves to be strong in that skill. Put bluntly, young people tend to believe that the skills they already possess are also the most important for the workplace.