What AOL's Stake In Taboola Means For Search, Discovery 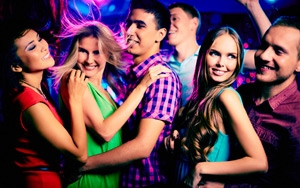 AOL plans to take a minority equity stake in Taboola that will allow the two companies to collaborate on challenges that publishers face daily. Engineers from the two companies will work on solving a variety of issues such as those related to site visitors consuming content off the publisher's network.

The two companies announced a partnership Wednesday aimed at delivering content and advertising for millions of site visitors across AOL.com, The Huffington Post, TechCrunch, Engadget, AutoBlog, AOL Mail and MapQuest in the United States, United Kingdom and Canada.

"We expect that collaboration to happen across various teams from both companies," an AOL spokesperson told Search Marketing Daily.

AOL has made investments in companies similar to Taboola. It acquired Gravity in 2014 to drive content personalization.

"We're doubling down on that team and leveraging the platform as our personalization engine to connect AOL users with original and syndicated content," the spokesperson says.

The Gravity team will join AOL's Core Platforms team, part of the organization directed by AOL Global CTO Bill Pence. The team will continue to focus on what the spokesperson called "passive" personalization and engagement, especially in video and products like go90.

"These things almost always come down to either building, buying or partnering," says the AOL spokesperson. "We explored building out a larger scale monetization business, and then made the business decision to focus Gravity’s personalization efforts on content."

AOL partnered with Taboola to improve monetization because its engineers built a large-scale business and have a proven track record of returning value to publishers, the spokesperson says.