Ad-Free Option For 'X-Files' On Fox Now, But 'Deadpool' Promo 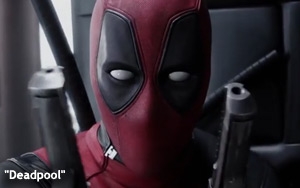 Returning Fox series “X-Files” will offer up a commercial-free in-show option for viewers if they want to watch its premiere on digital app Fox Now -- but there’s a catch.

Consumers will need to watch a pre-roll commercial of an upcoming Fox theatrical movie, “Deadpool,” which opens February 12. On linear TV, “The X-Files” will launch on Fox network January 24 after the NFL NFC Championship game.

Consumers will be offered this Fox Now option starting on January 25.

The pre-roll commercial is a 60-second spot for the movie “Deadpool,” which consists of a traditional 30-second video trailer for the movie, and then another 30-second interactive piece -- where viewers are invited to interact with a set of “playing cards” that feature background on each of the film’s main characters.

After a 30-second period, viewers can continue to interact or move on to watch “The X-Files” episode. Viewers can also share the “Deadpool” content through social media.

Fox Now offered up a similar campaign last year with “MasterChef Jr,” in which viewers could opt out of the shows' commercials if they watched a pre-roll commercial for California Milk Advisory Board.