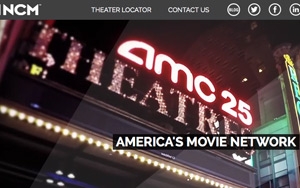 In a deal with media software company Strata, National CineMedia will allow agencies and marketers to buy cinema advertising in the TV spot marketplace for the first time.

NCM, a national network of 20,050 movie screens in 1,600 theaters in 187 Designated Market Areas (DMAs), says its in-theater media inventory is expected to be available in the Strata system by mid-year. The deal will allow marketers to plan, purchase and bill NCM media through Strata in the top 25 DMAs.

NCM says its pre-roll in-theater advertising segment, FirstLook, equates to being one of the top prime-time shows every week, translating into a Nielsen rating of over 7 for adult 18-49 viewers.

Cliff Marks, president of sales and marketing at NCM, stated: “Being able to buy both TV and cinema locally through Strata is the perfect way for buyers to extend the reach of any advertising campaign while also maximizing message recall and likeability.”

Total NCM impressions in the Strata system will be estimated based on a combination of historical box office trends, individual theater attendance projections and film-specific box office projections.

Demographic estimates will be based on national Nielsen demographics; for all its national and spot media buys, NCM delivers Nielsen media post results.