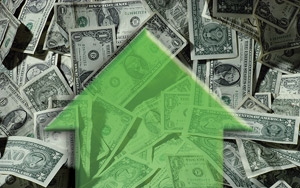 Alphabet’s revenue from its Google advertising division rose 17% year-over-year (YoY) for the fourth quarter in 2015 to $19.078 billion, driven by a declining 13% cost per click, compared with the same quarter in the prior year.

Separating Google from "Other Bets" shows a better-than-expected sales and profit for the fourth quarter. Google taking investments from its search business and pouring it into experimental projects has left investors with little clarity and search marketers with doubts.

Alphabet's profit took a hit from the company's restructuring efforts during the fourth quarter of 2015, per analysts. It would have reported earnings of $6 billion if not for the restructuring, and a $3.6 billion loss from Alphabet's "Other Bets" businesses.

Mobile search, YouTube and programmatic advertising drove revenue for Google, according to Ruth Porat, CFO of Alphabet. The company broke out most businesses, but, not surprisingly, failed to breakout programmatic.

Google is forecast to capture $45.58 billion in search ad revenue in 2016, or 55.6% of the search ad market worldwide, according to eMarketer.

Unusual in this reporting quarter, Alphabet separated Google's advertising business from Other Bets, which reported a $3.6 billion loss on its non-advertising ventures in 2015. Other Bets include Nest home automation, and Google Fiber home broadband initiative.

Nest, Fiber are two of the three companies within "Other Bets" that brought in the majority of the revenue, Porat told analysts and investors during the earnings call.