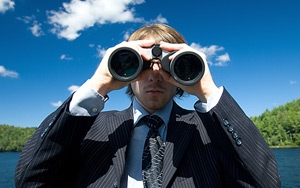 Google will begin censoring search query results across its network of Web sites when accessing the information from European countries where requests were made as part of the "Right To Be Forgotten" privacy ruling.

This compromise closes a "loophole" to the original ruling allowing Europeans to sidestep the censorship of their search results by going to google.com to get the unedited version.

Under Europe's Right To Be Forgotten ruling, Europeans can request that Google and other search engines remove links that are considered to violate their privacy or deemed harmful and no longer relevant to public interest. Those requesting the removal of data must specify both the links they want removed and the specific search terms linked to the content.

Since the ruling in 2014, Google has received 386,038 requests for removal -- but has accepted only 42%, according to its transparency web site.

There are several ways to determine the origin of a search. Google will filter search results using the machine's IP address, which means that people accessing Google from outside Europe will not be affected.

Prior to the change, links were only removed from the originating country. If you were in Germany, only the links were removed from Google search results in Germany. The link will not be visible on any version of Google's Web site if a German resident asks Google to de-list a link serving in the searches connected to his or her name when the search engine is accessed from Germany. Using the IP address makes this possible.

On the other hand, the IP address will allow anyone outside of the European countries to have free-flow access to information.