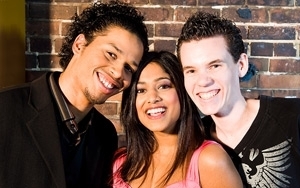 llennials are out-drinking other age groups, according to the Wine Market Council and Nielsen data.

From 2000 through 2005, occasional wine drinkers (defined as those who consume wine once a week or less) surged from 18% to 26% of all U.S. LDA adults. This was driven by a drop in non-adopter adults (those who drink beer and/or spirits but not wine) from 33% of the legal drinking age population to 24%.

Between 2005 and 2010, there was a surge in high-frequency wine drinkers from 7.9% to 13.9% of the LDA population, driven by the Millennials. This also accounted for a decline in the occasional wine drinker population from 26.2% to 20.3%

Of the total $216 billion consumers annually spend on beverage alcohol (both on and off premise), $104 billion is spent on beer, $80 billion on spirits and $32 billion on wine. Sparkling wine growth is leading in the off-premise wine channel with an 11.7% dollar growth rate in 2015, while table wine is increasing at a 5.2% annual growth rate.

Consumers continue to trade up in their wine selections, leading to double-digit sales gains in wines over $11, and losses for those at the lower ends.

Wine is winning with women. Women account for 57% of wine volume in the U.S. and 51% of females ages 21-24 say organic or sustainably produced products are important when making their purchase decision for wine, while 38% of total females (vs 32% of males) say it’s important for wine.

Meanwhile, 66% of female wine purchases are planned and more women than men are wine drinkers.

Female wine drinkers rated “traditional, classic, and sophisticated" labels more intriguing than other types of labels. 46% of respondents rated this type of label the top two ratings on a 7-point scale that ranged from completely uninterested to very intrigued. 26% of women have purchased wines that have been created for and are marketed specifically to women.

Women are more likely to buy a wine they've never tried before based on the label when browsing or based on a recommendation from friends, family, and off- or on-premise staff, rather than seek out a wine they've read about.

Additional research on women and wine consumption will be unveiled by the council at the California Consumer Research Conference March 10 in Yountville, Calif.