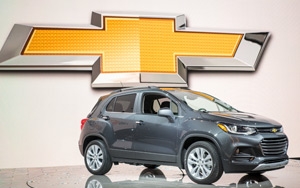 Editor's note: This week, Marketing Daily brings you exclusive coverage of the Brand Keys 2016 Customer Loyalty Engagement Index (CLEI). Each day, expect a report on key product/services categories from among the 72 surveyed for this year’s study, including automotive, electronics, retail, technology and alcoholic beverages. This fourth installment provides highlights from the automotive, sports and packaged goods categories.

The auto business rocketed out of the gate last year, driving record sales of nearly 17.5 million vehicles delivered. Top brands in CLEI are:

While Hyundai and Ford are still tied for first place, and Jeep and Toyota are tied for second -- same as last year -- the big change here is the ascent of General Motors and its Chevrolet division. The automaker has gotten its act together with exciting new vehicles, and cars that serve as halos for the brand’s ability to be in step with the most forward-thinking companies.

GM is benefitting, in general, from a longer-term plan involving the rollout of some 70 new vehicles, and has been touting its marketing-leading program to put 4G LTE in all of its vehicles.

Brand Keys CEO Robert Passikoff points out that brand identity in the index is today about technology and identity, more than by the QDR parameters (quality, drivability, and reliability).

“We saw vehicle technology showing up four years ago,” he says. “Today, people, especially younger people, feel they have to be 'connected' every minute of all time. So connection is by far more important than the 'drivability' stuff, more important even than safety. And who was first [with 4G LTE]? Chevrolet.”

A surprise is that Mazda, which has been doing well with branding and sales, is near the bottom. Passikoff says that the issue is perception across many elements of brand identity and experience. “Their own customers are giving them high ratings; the brand is meeting their expectations. What happens is that if you look at the top six brands, they are doing well across all areas — design, technology, efficiency, drivability. If you look down the list, you see brands that are known for one or a couple of things.”

He also points out that GM’s ascension — they were in tenth place last year — has been steady. “They used to be down at the bottom third, but they have been moving up for years.”

At the other end is Volkswagen, at the bottom of the list, but not (only) for reasons that might come to mind right away: Passikoff says they were near the bottom before the diesel scandal broke. The issue has been brand opacity, hurting consumers’ idea of what the brand stands for. “In the U.S. they had not been doing well for some time, and perception is reality.”

Lexus -- last year tied for third place with Mercedes -- is now in sixth, and Mercedes is in fourth place with Chrysler. BMW has slid a notch to fifth place.

Hess is new to the list this year. Shell moved up 2 spots to #1. Chevron moved down from #2.

Cheaper prices mean consumers may be willing to spend more for branded fuels differentiated by engine- and performance-enhancing additives. Passikoff says formulation is now the number-two driver in the category. “What else have you got to differentiate yourself, particularly when it’s selling for $2.79 per gallon.” He adds that there’s another driver, one that big oil, pharma, insurance kind of owns: troubled reputation. “It still matters, who and what you are. Sometimes you are better off not being known for anything.”

Passikoff says sports league ranking correlates very highly with TV viewership and purchase of licensed merchandise. What we see is that when it does shift, the NFL and MLB fight it out occasionally. The NHL is always last. Especially with the NFL 50th, the NFL — and MLB — have been extraordinarily smart about how they market themselves. But the NHL is still recovering from disaster around lockouts and some TV torpedoes.

“Never let them see you sweat,” exhorted those ’80’s ads for “Dry Idea” deodorant. But more and more, brand identity in personal care hinges on image, not product attributes. “It is a move from rational to an almost entirely emotional branding,” says Passikoff. Old Spice broke the mold with its focus, exclusively, on self image. Axe, last year, moved in that direction, away from sophomoric and toward the brand as personal grooming marque.

“We are seeing a higher and higher interest in a range of deodorants with the younger generational cohorts, and that is good because it means there is growth, as well as the fact that on an observational basis we see that the companies are actually advertising,” he says. “Axe is growing up, still pitching Millennials, but the entire portfolio is expanding in terms of personal care. It is much broader now than deodorant and body spray.”