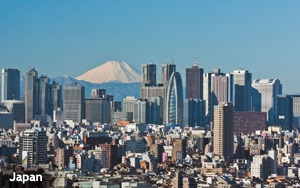 The company’s tech utilizes the compass sensor in smartphones and maps it onto the geomagnetic “fingerprint” that is unique to each building. Essentially, the earth generates a magnetic field, and each structure erected on the earth carries its own magnetic signature that can be detected through a phone’s sensors.

Dan Patton, CCO at IndoorAtlas, says that most indoor positioning companies take a hardware approach to indoor mapping, but scalability is a major limiting factor. Just purchasing and installing, let alone maintaining the myriad beacons or WiFi routers necessary, can be cost-prohibitive for many companies.

Plus, Patton says, beacons really only geofence and area, and aren’t able to get as accurate readings.

IndoorAtlas took a software approach to indoor positioning, building a cloud-based platform that allows its customers to create venues, manage data and build their location-based services within a mobile application. That can include advertising, point-of-interest, way-finding and other services.

The service is accurate within one to two meters according to Patton, and works in three dimensions as each floor of a structure has its own magnetic signature.

The technology also has application in wearables and asset tracking. For example, a miner can wear a helmet with a magnetic sensor in it, while a company can track the location of its people in case of an accident.

The company currently does most of its business in the APAC region. “Asia Pacific adopted us,” says Patton, citing the market penetration that smartphones have achieved, and the population’s adoption of the technology as a major factor of their regional success.

Patton says that IndoorAtlas is currently working on its own point of interest database for release within the near future.