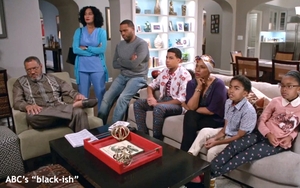 In an effort to push him into a more serious league, a sponsor is needed for his team. Johnson (played by Anthony Anderson), an advertising executive, gets his client State Farm involved. Ultimately, Jack’s team is called the “State Farm Good Neighbors.”

The ABC integration dovetails with State Farm commitment to the community and its “good neighbor” marketing theme. State Farm’s effort is in keeping with the insurance company’s wide-ranging support basketball -- it is a sponsor of NCAA, WNBA and NBA basketball programming.

Since the beginning of the season -- in late September through mid-March -- State Farm has spent some $9.5 million on ABC and $165.8 million in overall national TV advertising, according to iSpot.tv.

Similar to “black-ish,” the story line of the branded entertainment is focused around marketing/sponsorship theme.

An “Empire” character, pop singer Jamal Lyon, secures a big commercial endorsement from Pepsi and sings in a TV commercial as part of the show’s story line. In addition, Pepsi aired an actual 60-second spot featuring the character and the song during the show’s regular commercial breaks.