Google Wants To Target Your Life 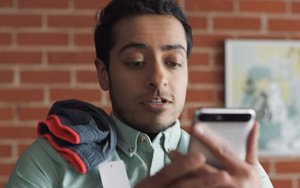 For those who can't find enough time to schedule the important things in life outside of work, sleep and home life, Google believes its algorithms can do it for you.

Google algorithms will find the appropriate gap in a schedule for stuff like exercise or running errands. That means putting more of the daily routine stuff on the calendar -- which, of course, lets Google know every minute detail about your life.

While calendars are intended to make the most of events, this one will also track your time. No doubt it will also provide fodder for Google to target ads and content.

It's a dichotomy of sorts -- whether you want to let Google go deeper into your life. The automation seems tempting, but the GOOG knows more about you than many would like. Through Google Now it has already figured out when you're away from home and how long it will take you to get back in the current traffic.

Earlier this week the company introduced Goals, a new feature to its calendar enabling people to find the time. Google would argue that the new Calendar feature Goals for Android or iPhone will find the minutes in the day to make you more efficient.  Inside the online calendar, users may choose from a menu of goals such as "me time" or exercise." The application asks for specific details such as how often or for what duration and what day of the week.

It reads through the empty space in the calendar for possible times and maps out a schedule, filling in the times with the desired tasks.

The report talks about people-based advertising through display advertising, but Google's features in Now and Goal that target users in the moment or organize their life create something very similar through artificial intelligence and algorithms.

The advertising model continues to change, replacing mundane services with Google Now and Google Goal -- both based on data, not creative advertising. More than half of the 350 senior North American marketers and media buyers participating in the survey said "display will be replaced by relevant, data-driven advertising.”

Forty-eight percent of North American advertisers agree with the statement that "the current model for display advertising is broken." The report refers to display advertising, of course -- but the same can be said about search, video and other media.