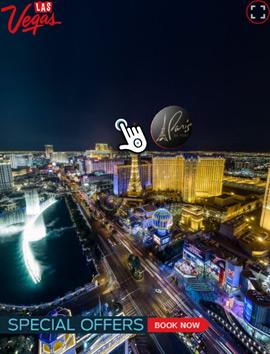 With the ability to spin a car 360 degrees in an image from the palm of a hand, virtual reality becomes the next leap for advertisers and the future of advertising content.

Outlyer Technologies on Thursday introduced technology it calls Advrtas; it allows brands and agency partners to build 360-degree immersive rich media ads that tap a variety of sensors in mobile phones and other devices to make them more interactive.

Robert Bruza, CEO and founder at Outlyer, says the ads become a fully contained destination on the Web. It means creators can build in a variety of interactive features without requiring the person interacting with the ad to leave the page.

"It's like building a rabbit hole off the little space on the Web," Bruza said.

The more the consumer interacts with the ad, the more data gets collected and retargeting technology recognizes the intent.

The 360-degree rich media ad content can exist outside of YouTube's and Facebook's ad player, Bruza said. The ads built in HTML5 are compatible with Google DoubleClick and Verizon AOL, allowing media buyers to run them across the two advertising networks.

The IAB-compliant 360-degree video ad unit also has a VR mode for devices running the Android or the iOS operating system to support the $77 billion digital advertising industry. It also integrates the ability to use any cardboard or comparable HMD virtual reality device.

While the ad unit works across tablets, laptops and desktop machines, on smartphones, viewers can control the ad experience by moving the phone to navigate through any visual scene, clicking on products and images in the ad.

The cost to build the ads, Bruza said, should not be much different than other types of premium video ad units. The industry average for video ads cost about a $30 CPM, he said, but can range in price depending on content.