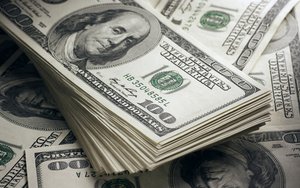 Local search and discovery apps will generate $12.2 billion in revenue annually in 2020, up from an estimated $3.4 billion in 2016, according to research released Monday.

LinkedIn released an app Monday running on iOS and Android that is aimed at helping college students find their first job after graduation. The app is intended to help them discover what to search for and determine what they are qualified to do.

The goal for LinkedIn is partnering with schools to feed listings from job boards into the app.

After downloading the app, the user is promoted to enter their education info and background. The app suggests roles and positions based on the user's education, sends a list of curated job articles, and provides a list of hiring companies, helping students find jobs and suggesting positions they may not have considered.

Apps like LinkedIn's are among several types that will drive local search and discovery.

Another type involves proximal wireless technologies like LTE-Direct and Bluetooth, which will become key growth drivers. These are mostly used indoors in retailers such as Macy's.

Juniper expects retailers to spend $2.4 billion annually on beacons and asset tracking by 2020. App advertising -- which uses context and location targeting -- is projected to exceed $44 billion by 2020, up from an estimated $13 billion last year, according to Juniper's latest white paper on context and location-based services.