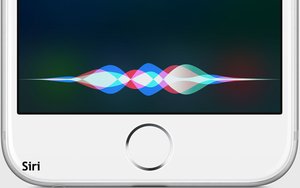 The creators of Apple Siri say they have made something better. They're calling it Viv. Siri provides a voice virtual assistant for Apple iOS devices. Viv aims to further personalize the assistance through artificial intelligence.

Powered by artificial intelligence, Viv can reportedly process and answer more advanced queries than Siri, with multilayered questions such as "What's the weather near Disneyland."

It can reportedly process an unprecedented volumes of data, to become the portal through which billions of people connect to services and businesses on the Internet -- if the AI becomes the tool integrated into other tools.

In this world, users will have the ability to "order a taxi, make a restaurant reservation and buy movie tickets in one long unbroken conversation," according to The Washington Post.

Viv is one example of a slew of emerging technology that will take search into a variety of software and inanimate objects, removing the need for a keyboard, and in some instances, the need for an application.

Microsoft proved this trend through the integration of Cortana in a variety of platforms, such as Amazon Echo. When Alexa cannot find the correct answer on its own, she turns to search powered by Bing to find the answers. Microsoft also has experimented with AI chat bots, even going as far a building out a developers' network and tools.

Google also wants to try to make conversational AI technology more personal by feeding the technology 2,865 romance novels, including titles such as Fatal Desire, Jacked Up and Unconditional Love. Following the test, the AI began writing sentences similar to those in the stories.

The predictable themes and plot lines, as well as the colorful and varied vocabulary, provide a teaching tool.

Similar to Amazon's acquisition several years ago of Evi, an AI platform developed by William Tunstall-Pedoe, WaPo reports that Google and Facebook have made offers to buy Viv, according to people familiar with the matter. It turns out that Facebook founder Mark Zuckerberg has invested in Viv through the firm Iconiq Capital.