Bing Ads will begin supporting expanded text advertisements (ETAs), an announcement similar to the one Google made earlier this month during its I/O conference.

Bing also will allow for domains to automatically generate a final URL and custom path, rather than 35-character display URL. It will give marketers options to include two descriptive words in a sub-directory format after the domain.

Chung tells marketers in a post that the support becomes available later this summer on the Bing Web UI, Desktop Editor, as an optional upgrade, and API. Preparing for the change means getting in touch with the vendor that provides the company's search engine marketing (SEM) tool or agency to understand their Expanded Text Ads strategy to optimize campaign ad copy.

The changes were previewed at the Bing Ads Quarterly API call Tuesday. 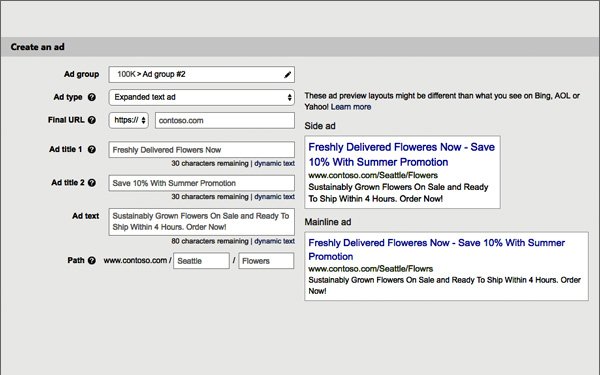