Yahoo Excalibur: Who Wants The Patent Portfolio And Why 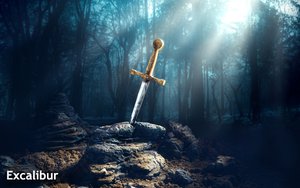 Yahoo is planning to auction a portfolio of nearly 3,000 patents and applications this week. The company reassigned the group to a new subsidiary it calls Excalibur IP, but what type of patents are on the list and which companies have the most interest?

Innography -- which has uncovered details to better understand the stakes and value of the Excalibur portfolio -- estimates that search makes up the majority of the portfolio, with online advertising between 15% and 20%, and mobile between 10% and 20%.

Nearly 33% of the portfolio is made up of pending patent applications, which means the buyer would need to pursue the application process for patents not previously granted, according to Tyron Stading, president and founder of Innography.

Patents have a life cycle of about 17 to 20 years. The average life of Excalibur's patents sit at around 11.5 years, according to Stading. The patents are stronger than average, with a long list of other technology companies citing Yahoo's patents, meaning that future patents will require the cited patent to be in existence.

Stading estimates an average patent cost about $50,000 to obtain from the patent office, but its value could exceed $1 million in value if leveraged for litigation purposes. "There also have been studies that say over the lifespan of the patent will cost about $200,000 to grant and maintain," he said.

Yahoo hired the boutique investment firm Black Stone IP to sell the patents with bids due by mid-June, the Wall Street Journal reported. Yahoo will keep more than 1,000 patents with its core business.