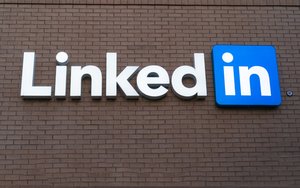 The acquisition of LinkedIn on Monday for $26.2 billion is not only Microsoft’s priciest acquisition to date, but likely the most data-driven as well.

In terms of data acquisition, LinkedIn could prove a powerful addition to Microsoft’s suite of software products and services. LinkedIn has a database of 433 million users in addition to 2 million paying members, likely amounting to a treasure trove of contact information and professional resumes.

As the value of data in tailoring customer interactions becomes a greater focus, the LinkedIn acquisition could become an example of the challenges any organization will face when acquiring large sets of data in the future.

"The core asset of this acquisition for Microsoft is the 400 million-strong member audience that LinkedIn brings and all of the personally identifiable data that is associated with that audience,” says Chris Golec, founder and CEO of Demandbase. "How Microsoft leverages that data into their current products is the 26 billion-dollar question and something that both companies and the members will be paying close attention to.”

Microsoft’s Outlook email service is the most popular business email client -- and if combined with LinkedIn’s professional data, could become a data-driven CRM platform rivaling Salesforce.

Dimitri Sirota, a cybersecurity professional and CEO of BigID, warns about the potential security and privacy risks associated with  integrating data across formerly separate entities.

“This is a rare and interesting situation when one of the world's largest software companies is buying one of the largest databases of personal information,” says Sirota.

Sirota says that thanks to APIs, transferring data between mobile applications, devices, data centers or the cloud has never been easier. The problem, however, lies in tracking and managing the data to ensure protection of a user’s privacy.

Regulators that are vigilant about privacy such as the European Union or Federal Trade Commission, says Sirota, will likely be looking at this acquisition very closely. He also believes Microsoft will need to invest heavily in how their applications use LinkedIn’s data without compromising a sense of privacy.

“I think it’s an ambitious move and it plays well to Wall Street -- they like these courageous, vigorous efforts,” says Sirota. “But how do you use this data? The value of that isn’t necessarily complementary to privacy.”

“There are obvious concerns about the world's biggest software company now holding so many resumes,” says Ebba Blitz, CEO of Alertsec, an encryption as a service company. “If the vision is to make all Microsoft properties work together -- from Office, Skype, and Azure -- that means Microsoft has now increased its attractiveness as a target to cybercriminals.”