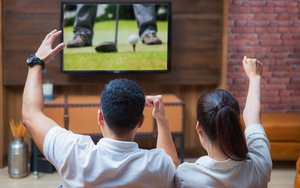 A new poll on media brands says TV networks still have the best “brand equity,” but that Internet radio, video streaming subscriptions and others are closing in.

In calculating brand equity rating for each brand, the poll looks at three factors -- familiarity, quality and purchase consideration. Harris says its survey was conducted in 2016 among more than 97,000 U.S. consumers assessing over 3,800 brands (including 200+ media brands), across nearly 500 categories.

Netflix has been the rapidly riising media brand -- up 18% since 2013, and now ranked 34th among all brands analyzed.