Dads And Brands Connect, But Moms Get More Attention From Advertisers 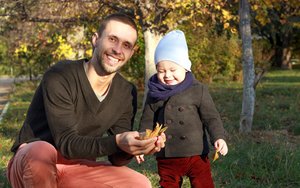 While dads seem most receptive to brands across categories such as automotive and technology, fathers with young children also show a stronger-than-average connection with certain brands in areas such as baby care and food and drink, according to data released Thursday.

Data on the digital life of dads from Millward Brown Digital, a Kantar Group company, found that dads with children under the age of six are 33% more receptive to engaging with brands about baby care and parenting, compared with 12% of the general population, and 61% more receptive to engage with brands about food and drinks, compared with 51% of the general population.

This report delves into data from TNS Connected Life and advertising expertise from Millward Brown Digital, providing insights to consider when marketing to dads and households with children. Like the recent report about moms, this report explores a unique audience in terms of how to reach them on media and devices.

These superheroes are willing to engage with brands in a variety of ways, from social media platforms such as reading posts on Facebook, to sharing comment or brand posts. They also are more likely to read tweets from brands, tweet to a brand or retweet content from a brand. They will watch videos about a brand on YouTube and view posts from brands on Instagram.

Dads with young children also are more likely than the general population to adopt emerging technologies such as tablets, online streaming services, fitness bands, smart TVs, and smartwatches and to overindex when it comes to engaging with brands like reading emails, visiting Web sites, downloading mobile apps, and writing about brands.

AdGooroo, also a Kantar Group company, compared U.S. Google desktop text ad activity on 42 Father’s Day-related keywords such as "fathers day gifts" and "gifts for dad," as well as 42 similar Mother’s Day-related keywords such as "mothers day gifts" and "mothers day" in 2015 and found that Mother’s Day was the more popular holiday by far.