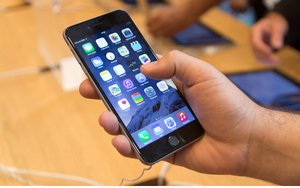 As more mobile apps seek to stand out from the crowd, the ones that can afford it are turning to TV ads. They have driven spending in the category to $1 billion.

There is a 77% correlation between TV ads and traffic for the 60 mobile apps measured in a new TV-traffic correlation study issued by the Video Advertising Bureau, commissioned from What’s App’ning.

The mobile app space is increasingly saturated, but those apps that stand out at the top—especially gaming apps—are bringing in more than $1 million a day in revenue.

Some 80% of users spend most of their time with just three apps in a given month, making it hard for new apps to break into user’s pockets. About 48% of users happen to be millennials as well.

Currently, apps spend on TV ads across all of the Nielsen measured networks.

TV offers real scale for mobile apps looking to expand their audiences and stay ahead of their competition. Several apps generated press coverage by buying spots in the Super Bowl last year. Some also bought spots during this year’s NBA finals.

For those apps that showed a definite correlation between ads and unique visitors, visitors increase by about 25% (depending on the app category) when TV ads are present, and decrease by about 20% when they aren’t.

The correlation is even stronger for the games category.