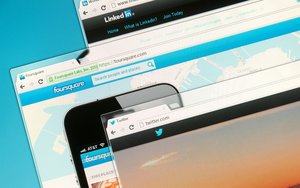 With the help of Foursquare, Twitter is finally beginning to allow users to see tweets from specific places. The move comes about a year after the social giant said it was partnering with Foursquare on place-based services.

The hope is that users will Tweet more while out — and just tweet more in general. Twitter has had a difficult time pulling users out of the shadows and engaging them more with the platform.

Creating a product that helps users to differentiate themselves from the morass of the main feed in a specific geographic location may be a positive move in that direction.

Per the deal, Twitter users can expect to receive venue suggestions from Foursquare after tagging the location of their tweets.

Currently, there isn't any verification for the geofeeds, so users can lie about where they are to contribute or flood a conversation happening in a specific place. In addition, there is no convenient way to search for a specific location, and accessing the geofeed itself requires some digging.

Hopefully, these issues will be adjusted in forthcoming iterations of the feature.

Twitter does not collect much biographical data compared to other social platforms, so being able to get users to tag themselves in specific locations is one way to help ignite the company’s faltering ad business.

Recently, Instagram surpassed Twitter as one of the top three social platforms, according to a survey of advertisers.

Beyond the U.S., Twitter recently enlisted Yelp to handle its place-based business listings. Among other regions, Twitter users in the U.K., Germany, and Japan receive such suggestions from Yelp and Foursquare.

Regardless of its partner, the addition of place-based features comes at a critical time for Twitter. Despite its cultural prominence from the United States to Japan, too few consumers see the platform as a useful service. Serving as a business directory of sorts might engage a few more consumers.

Positioning itself directly against Yelp, Angie’s List and similar services, Facebook recently launched a site that endeavors to connect consumers with “local businesses and organizations with the best Facebook reviews and ratings.”

Dubbed Services, the site is actually an extension of Facebook’s flagship property, featuring a slew or professional services from plumbers to automotive to child care.