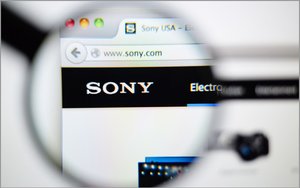 Search marketers — especially those focusing on local campaigns — increasingly talk about the success they see connecting television to search advertising. Here's another reason why the pair will work better together than alone, but opportunities are challenged by very small spend in programmatic and addressable TV.

Programmatic still represents a small but growing share of TV ad spend — just 1% of the total in 2016 — but for those buying the media, it offers the ability to more accurately target advertisements.

Addressable TV that personalizes ad targeting allowing different households or devices to receive different TV ads based on likes, dislikes and preferences should become another consideration for marketers, but challenges remain.

In April 2016, Google announced Dynamic Ad Insertion in DoubleClick, an addressable TV feature for broadcasters and distributors that allows them to serve each television viewer a personalized advertisements whether they watch live or on-demand TV programming.

While marketers could see potential of addressable TV ads, those delivered on a home-by-home basis via cable and satellite still account for a very small fraction of the market. Only 1.3% of TV ad spend will go toward addressable TV in the U.S. in 2016, but by 2018 that number will rise to 2.9%, $890 million vs. $2.17 billion, respectively, according to eMarketer.

Still, addressable television ads represent a tiny share of the available market — 1.3% of TV ad spending in the U.S. will go toward addressable placements this year.

eMarketer estimates that 100 million U.S. households will subscribe to pay TV services in 2016, so Starcom MediaVest Group figures of 49.8 million households on networks using addressable TV means just less than half of all pay TV households can be reached with these ads.