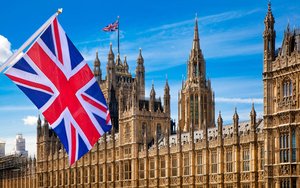 An online petition to the UK government calling for a second referendum had received more than 4.1 million signatures by Tuesday -- up from 3.8 million signatures on Friday, when one in every 34 online searches for "referendum" included the word "second" or "2nd," according to one report.

In fact, those directly affected by Britain's vote to leave the EU began to express their feelings online by sharing an image rather than words. Hitwise data show online searches for "gif," "image" or "meme" rose 19% June 24, the day the Referendum vote results were announced, compared with the Friday prior and more than half of the top searches were focused on the referendum.

"Boris Johnson meme" followed by "Nigel Farage meme" were the most common referendum-related image searches in this category on July 24. Johnson and Farage took one in every 85 image-related searches that day. Prime Minister David Cameron was the subject of one in every 145 image searches.

The specific image searches that were trending on Friday provide insight into just how this audience felt about the Referendum results. Searches for "grumpy cat meme" rose more than 51% week-on-week and "why meme" searches rose 27%.

Britons also got creative. Some made their own images, with searches for "meme generator" more than tripling, compared with the week prior. "meme maker" more than doubled, which tells marketers that those seeking to connect with this age group should consider campaigns that highlight shareable memes and gifs as these images become part of a culture such as emoji.

Giphy.com, for instance, hosts thousands of animated gifs that are generated by individual contributors as well as partners, according to John Fetto, senior analyst at Hitwise. He said Giphy.com received more than 15 million visits in the United States during the month of June making it one of the 500 most visited sites on the Internet.

"Partners include brands from Subway to The Wall Street Journal to Calvin Klein to Hillary Clinton, all of which have produced animated gifs that visitors to the site can share via social media, text message, blog," he said.

About 55% of those searching for "image." "meme" or "gif" online after the vote were ages 18 to 34. Since those in this age group accounting for just a third of the online population, it means they are 1.7-times more likely than average to conduct these types of searches.