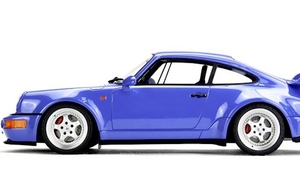 Popular driver-assist technologies help make vehicles considerably more appealing to their owners, according to the study.

"Technology-enabled safety features help drivers feel more comfortable and confident while driving their vehicles," said Renee Stephens, vice president of U.S. automotive quality at J.D. Power. "These features are also 'gateway technologies' to autonomous driving capabilities, so the continued level of consumer interest in them will be a critical metric to watch as the industry evolves toward including more automation in new vehicles.”

"The key to successful models is to launch with very high appeal and limit the decline that often comes in subsequent years," said Stephens. "As automakers continue to add more content, including advanced technologies, to their vehicles, one key way to maintain appeal is to design technology that is easily upgradeable and intuitive. Intuitive designs never go out of style. For example, for infotainment systems, intuitive design may mean simplification: bigger buttons, bigger screens and menus that are laid out in a manner that is easy for the driver to understand."