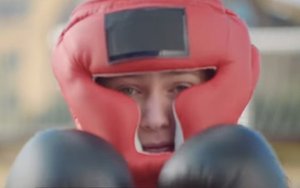 Ads created for the Olympic Games in 2016 by Google brand partners have racked up 400 years' worth of viewing time. If Olympic YouTube watch trends during the past year continue throughout the Olympic Games, fans will view in aggregate 65% of content on mobile devices.

The desire by Google to help fans stay in touch likely led to the updates announced Monday to Search, Maps, Trends and YouTube that spotlight a variety of data and about the 2016 Olympic Games, which begin this week in Rio de Janeiro.

Search results will serve event schedules, medal counts and athlete information, as well as game results and television schedules in more than 30 countries. Fans using Google's app on Android or iOS devices will have the option to receive automatic updates on events and medal winners.

YouTube partnered with broadcasters in 60 countries, including the BBC and America Movil, providing links to highlight information related to the Olympic Games though its search engine and YouTube, which will provide live streaming of events.

Origami Logic also released data. For each brand, the company is tracking social campaigns being run in Facebook, Twitter, Instagram, YouTube and Google Plus. Total engagement, which measures likes, shares and more, across different platforms, reached more than 7.75 million.

The top five most-engaged brands include Nike with 3 million likes, shares and other interactions. Under Amour followed at No. 2 with 2 million; Adidas with 2 million; Dick's Sporting Goods with 164,000; and Ralph Lauren with 157,000.

Adidas, Under Amour, Ralph Lauren, Dick's Sporting Goods, and Omega watches took the top five spots for the brands gaining the most likes and favorites across different platforms.