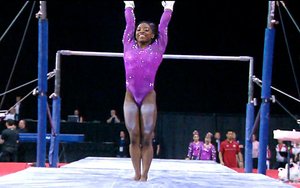 Now six days into the Olympics, NBC says it is meeting most if not all its business and viewing goals, including improved ad sales activity.

This comes on top of the $1.2 billion NBC says it has pulled in advertising revenues before the games start across its broadcast, cable and digital platforms. Lazarus says: “This will be our most economically successful games in history.”

To date, NBC says it is averaging a 15.6 prime-time household broadcast network rating. Some estimates were TV marketers were promised guarantee ratings slightly higher -- in the high teens.

But Lazarus says there is no current make-good situation for marketers. “We built in [make-good] inventory into marketer plans to make sure we met what we promised them.”

Commenting on overall viewership/ratings performance, Lazarus says, “[Broadcast] is down a little bit, but cable and digital are up.”

For the digital platform, streaming of videos and social media consumption are setting new records in many areas. For example, NBC has topped 1 billion live streaming minutes so far -- now exceeding any previous Summer Olympics.

Lazarus says young viewers tell an important part of the story -- 17% of all adults viewers watching in prime time are in the 18-34 demographic, this year, versus a 10% average for that demographic in prime time for the entire 2015-2016 TV season.

Alan Wurtzel, president of research and media development of NBCUniversal, says it has developed a measurement tool called Total Audience Delivery for these Olympics. It measures how many viewers have seen Olympic content in prime time across broadcast TV, cable, and streaming platform.

“What makes this different is that we have converted all this usage measurement into Nielsen-like metric,” he says. “So by harmonizing the data, we have a measure that offers us an average minute measure of viewership.” Wurtzel adds it will be available on a daily basis starting later today.