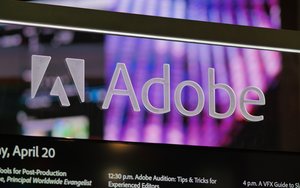 Adobe on Tuesday will roll out a new approach to the concept of dynamic ad insertions. The platform replaces an ad that is set to appear in a broadcast feed with an individually targeted ad that is either live or on demand.

Adobe Primetime and Marketing Cloud will deliver the ability to replace network broadcast ads on every screen on more than 10 platforms, including Apple TV, Roku, and Google Chromecast. In 2016, 12.5% of connected TV users will subscribe to Apple TV, compared with 18.4% for Chromecast and 15.2% for Roku, according to eMarketer.

And Adobe's service is not just for video-on-demand (VOD), which is technologically easier to dynamically insert an ad, but rather live TV.

With a live broadcast like the Olympics, there are millions of viewers watching simultaneously, which means when the network cuts to the ad break the platform must run millions of individually targeted ad insertions concurrently. This is difficult to accomplish without crashing the entire system, said Campbell Foster, director of product marketing at Adobe.

Comcast, Turner, Time Warner Cable, and several NBC properties —  including NBC Sports — use Adobe's ad technology, but not all use the dynamic ad insertion feature, Foster said. Determining what ad should fill the slot is different than dynamically inserting and serving it.

NBC Sports started working with Adobe in 2012, but began experimenting with dynamic ad insertion two years ago at the 2014 Winter Olympics in Sochi. It rolled it out to a linear broadcast scale at the 2016 Summer Olympics in Rio. "During Rio they served millions of ads at the same time," Foster said.

The broadcasters determine success by how much revenue lift they see from the dynamically inserted ad vs. the traditional broadcast ads. "We heard from NBC Sports that the dynamic ads on devices are selling at twice what the broadcast ads sell for," Foster said.

The broadcaster's data tells the platform which ad to insert. No personally identifiable information is used, but the broadcaster can target by Zip code, designated market area, device, third-party segments or any data such as behavioral or demographic characteristics to which the broadcaster has access.

About 62% of TV Everywhere consumption occurs in the home, so viewers often download recorded shows to a mobile device while in range of a home WiFi network and take the content on the road while traveling, according to Adobe.

At Rio there were 3.4 billion minutes of coverage streamed by 50 million viewers across all devices, with about 2.7 billion live minutes -- more than 1 billion minutes and more than the live stream for every previous Olympics Game combined, Foster said. Over half the people streaming the digital were under 35 years old.

Live TV, such as baseball games, specific shows on DVRs where viewers can skip ads, and short-form clips are the most common ways people watch content, especially on mobile devices from apps. The Adobe Q2 2016 TV Everywhere Report released in August highlighted the 143% year-over-year growth in connected devices’ share of viewing.