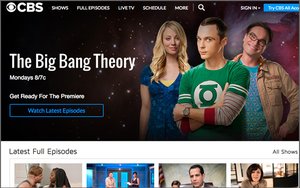 With this year’s upfront -- the best CBS has seen in nearly 10 years -- Les Moonves says the upcoming scatter market advertising sales of the new season looks to continue that trend.

Speaking at the Bank of America/Merrill Lynch media conference on Thursday, the chairman/chief executive officer of CBS Corp. said: “Fourth quarter is looking very strong... the year is going to be a phenomenal one.”

Moonves says CBS’ NFL “Thursday Night Football” package -- a series of five games -- is also doing well with advertising. “Football advertising is extraordinary -- still the best game in town with the live events.” He did not go into specifics.

Overall, CBS will be posting strong TV advertising results for the year. “We are going up probably high single digits [percentage] in advertising,” he said. “If someone would have said that a year ago, the stock would have gone through the roof.”

Analysts say CBS inked upfront deals this past June with pricing in the low double-digit percentage pricing gains -- the cost per thousand viewers.

With regard to the possibly of a rumored CBS-Viacom merger, as both companies are controlled by National Amusements, Moonves said: “We are not in active discussions.”

The new NFL “Thursday Night Football” schedule on CBS will be “close to break even,” say Moonves. With having five games this year versus eight last year — NBC shares a 10 game “TNF” package with CBS — CBS will lose less money. “But football as a whole [for CBS] is definitely profitable.”