Email Marketers Need To Stand Out From An Ever-Growing Crowd 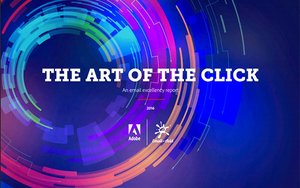 Email volume has grown 61% over the past two years, according to exclusive data from Adobe Campaign and Email On Acid, meaning that there is more competition for the inbox than ever before.

This is especially true with the holidays looming over the horizon -- an especially busy time for email. Holiday list send size increased by 32.4% during the 2015 holiday season, according to the report The Art of the Click, produced by Adobe Campaign with data from Email on Acid.

“It’s worth noting how overwhelmed people are with email,” says Kristin Naragon, director of email solutions at Adobe Campaign. “Unsubscribing is the most frequent thing people do to manage their inbox, especially during the holiday season.”

The average read rate time for emails over the past two years is 12.3 seconds, according to the report.

Subscribers are most likely to delete or skim emails sent at 9:00am in the morning, perhaps because their inbox is flooded at the beginning of a workday. The least amount of email volume is sent on Sundays, but that is actually the day of the week that has the highest open rates.

“This report gives guidance and shows trends we’re seeing, but what we really want marketers to do is go out and test it themselves,” says John Thies, CEO and co-founder of Email on Acid. “Every person is different, and we all engage with different brands’ emails differently.”

For example, a B2B email marketer might not want to send emails at night after subscribers leave the office. For a retailer, on the other hand, the evening may be a perfect time to catch subscribers who are leisurely shopping in bed.

This is where the importance of personalization comes in, and the report’s data suggests that the more people on an email list means that the message is less likely to resonate with any particular subscriber, and more likely to be deleted.

Naragon says she is hoping to see email marketers take the pedal off the gas and rethink batch-and-blast campaigns.

“Maybe that next offer is exactly what will push someone to unsubscribe,” says Naragon, describing how Adobe is investing in data algorithms to predict the best time to send and minimize email fatigue.

The average aggregate open rate for email is 14.2%, according to the study, but almost half of those emails are read more than once.

“The majority of opens are on mobile devices, but mobile has the least conversions,” says Thies.  “People are coming back and re-engaging with the campaign from their desktop computer.”

He says that it’s important for marketers to design emails that engage with both mobile and desktop subscribers. He recommends that re-engagement campaigns should “maybe have a different type of messaging” to limit email fatigue and duplicate emails.

Both Thies and Naragon agree that A/B testing is one of the best things a marketer can do to improve their process, data and email marketing ROI.