UPDATE: Far From Netflix, But Amazon On A Roll

Although some of the accolades about over the top viewing are themselves over the top appraisals, the appetite for online viewing is building.

As a general rule, everybody gets Netflix and then builds from there. That rule seems to be holding nicely. It’s a good base for users.

Netflix enjoys incredibly good word of mouth. If HBO is more than TV, as its old ad campaign once averred, than Netflix transcends content itself. It is more like Netflix users constitute a kind of self-aware consumer choosing Netflix as much symbolically as for the actual content.

Netflix content, while generally quite good, almost always gets bumped up to “groundbreaking.”

I’m just a little grouchier than that.

Anyway, it seems there is some good Netflix-Amazon competition. Now, eMarketer is predicting that Amazon’s streaming video service will have 76.2 million users by the end of the year, about three million more than eMarketer had predicted. And eMarketer reports 16% of Netflix users get another SVOD service; that’s up from 10% in 2013.

Part of the increase is due to Amazon’s decision to unbundle itself. Once to get the video, a user had to subscribe to the Amazon Prime shopping service which provides free shipping for lot of items. But that costs $99 a year.
For over the top samplers, that could be a big step, so Amazon, which reports earnings on Thursday,  in April started selling the video service as a stand-alone product for just $8.99 a month, cheaper than Netflix. (If only cable unbundled as sensibly, about a decade ago.) 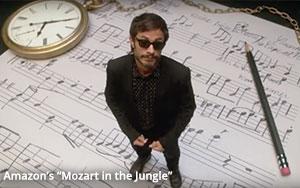 If nothing else, it gave some users a way to see award-winning  “Transparent” or “Mozarti in the Jungle” without fully committing to Amazon. But once you get ‘em in the tent. . .
That apparently worked.

It’s not like Netflix is threatened.  It has 120 million users, and a huge pocketbook edge. It intends to spend $5 billion on content in 2016 and will make that $6 billion in 2017. That would be more than twice what Amazon will spend this year. because eMarketer says Amazon’s video base rose 16.5% this year, faster than other OTT services it measured.

But Hulu may be in a stickier situation, said eMarketer. It said Hulu abandoned an ad-supported model and doing that trimmed its user base by half, to about 30 million users. Hulu, it should be said, vigorously disputes that whole premise and eMarketer's conclusions, since Hulu counts subscribers (12 million), not the more nebulous "users." But more importantly Hulu says it flat out did not discontinue its ad-supported service. Hulu has a very popular ad/pay hybrid, that costs $7.99 a month and advertising volume there is "quite robust." The fully free Hulu has gone away but that content is available on Yahoo platforms and had very few users, before and now.