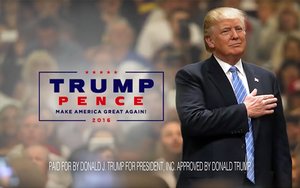 The political season has always posed problems for brand advertisers trying to fulfill media plans, given the diminished supply of inventory.

Now, new research suggests that political ads — even those with positive messages — not only hog avails, but also deplete the effectiveness of adjacent brand ads and potentially tarnish brand image.

The research is from J. Walter Thompson and Forethought, which found that brand advertising is perceived as 32% less relevant, 29% less entertaining and 27% less appealing when it follows a political ad.

According to the research, the impact goes beyond just how consumers perceive a brand’s commercial. It negatively impacts the perception of the brand and product overall:

“This research brings to light a couple of very interesting and surprising truths,” said Mark Truss, JWT’s global director of brand Intelligence. “Even political advertising with positive messages generates negative emotions in consumers. And the negative priming effect holds true even for very product-specific attributes, such as taste.”

Ken Roberts, CEO Forethought added: “The big talk in media buying today is programmatic buying. These findings confirm that when it comes to media placement, a brand will be known by the company it keeps. Consumers do not partition how they assess individual communications.

"My brand ad follows your loud political ad, and my positive message gets lost. This has a profound detrimental impact on evaluations of subsequent brand advertising, of the brand itself, and ultimately, future purchase intent."

The research also found that purchase intent for an ad dropped 26% when it was positioned after a political ad and that exposure to both positive and negative political advertising generates negativeemotions in consumers, including feelings of anger, sadness and anxiety.

Forethought and JWT surveyed 3,600 people for the study during three phases. The companies confirmed the emotional elicitation of political ads, the rational and emotional profile of the brand before and after viewing the ad, and determined the impact of political ads on the brand advertising.

The last goal was accomplished by showing separate streams of respondents four ads in a row, with the three political ads always preceding the brand ad.

Participants were online panelists provided by Survey Sampling International, residing in the U.S., ages 18 years and older. Data are nationally representative of the addressable market.