Retail CMOs: Bullish On Holidays, All In For Social 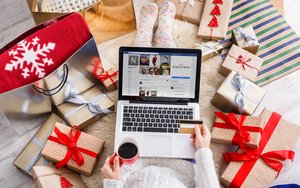 The CMOs at the country’s largest retailers — usually a cautious crowd — are expecting consumers to spend significantly more this holiday season, according to BDO’s new Annual Retail Compass Survey. And many are increasing their marketing budgets, including stepped-up commitments to social media campaigns.

The CMOs predict people will spend 4.7% more this year than last, considerably more than the 3.6% bump forecast by the National Retail Federation, and tied with the highest projection in the BDO survey’s 11-year history. While she had been anticipating a gain, the size of the jump surprised Natalie Kotlyar, national leader of BDO’s consumer business practice. And with 23% of the CMOs saying they’ve increased their holiday marketing budgets, “we were also surprised to see how uniformly they’re planning to use social media this year, with 91% of those on social media saying they’ll use it for sales and promotions,” she tells Marketing Daily.

Overall, 87% say social is part of their holiday marketing mix, and 66% say they are working with brand influencers in social channels.

The research, based on CMOs at 100 of the largest U.S. retailers, also finds that those markdowns will play an even bigger role this year, with 72% saying discounting practices have increased since last year. (That number has been rising in the survey since 2013.)

But Kotlyar tells Marketing Daily that while there have been ongoing efforts to truly be the digital and omnichannel stores they think they are, there are still considerable gaps between online and physical offerings. Some 64% say they are adjusting marketing strategies to make shopping more cohesive, with 91% aiming for consistent pricing and 86% striving for consistent promotional strategies.

“Retailers really are starting to understand the necessity of having a fully omnichannel program, and that it’s critical for success,” she says.

But while 58% say mobile is in this year’s mix, just 29% are using social media apps like Instagram and Snapchat, for example. “Given that so many retailers are trying to target this 'face down’ generation and younger shoppers, I was a little surprised that they’re missing out on opportunities here, especially given how affordable they are, compared to some other media.”