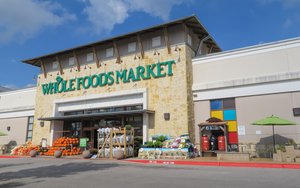 In its last annual report the company stated that advertising expenses totaled nearly $90 million in its fiscal-year 2015. It’s estimated that the company spends about $65 million annually on media.

Previously, the Austin-based Whole Foods had worked with GSD&M (also based in Austin) for media. Two years ago, GSD&M was the media agency that Whole Foods used when it launched its first national ad campaign. New York-based creative agency Partners & Spade was tapped to develop the creative approach.

However it wasn’t clear whether GSD&M was still working with the food company — neither the agency or the client returned queries about the review by posting time.

In May, with same-store sales declining more than expected, Whole Foods executives told analysts on an earnings call that the company would embrace a more aggressive marketing plan.