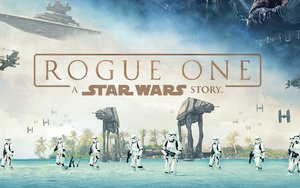 The highly anticipated big theatrical movie of the holiday season -- Walt Disney’s “Rogue One: A Stars Wars Story” -- has been spending modestly when it comes to traditional national TV advertising.

Since it began advertising in earnest on November 6 through December 15, the movie has spent some $23.4 million -- about half of that in the last two weeks, according to estimates from iSpot.tv.

The movie could deliver one of the 15 best opening weekends of all time, pulling in around $208.1 million in U.S. box-office revenue, according to Box Office Mojo.

NBC has grabbed more dollars than other networks -- $4.1 million -- with a large part going to its NFL Football broadcasts on Sunday and Thursday nights as well as “The Voice.”

The movie has generated over 1.03 billion overall TV impressions and 851.9 million live impressions, according to iSpot.tv. In addition, there have been some 1.17 million social actions -- on Facebook, Twitter, and YouTube -- generating 50.5 million social impressions.