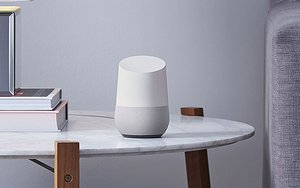 The end of the year is all about trends and predictions for the next year and the Internet of Things is making a grand appearance this time around.

The latest predictions for 2017 involve IoT advances in technology that will change the way consumers, businesses and machines interact.

Trends involve the growth of virtual assistant like Amazon’s Alexa to new device formats, according to the trend predictions by IHS Markit. Here are a few of the highlights:

Perhaps most significantly, any major business forecast for the next year includes the Internet of Things, in one form or another.