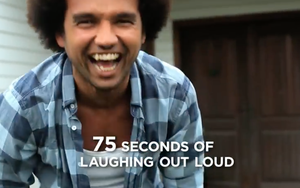 The nonprofit Praxis Project on Wednesday filed a suit in federal court in California accusing The Coca-Cola Company and the American Beverage Association of downplaying the health risks of sugary sodas with deceptive marketing and biased research.

Praxis, a national organization that describes its mission as helping to achieve “health justice” for all communities, is being represented by counsel for the nonprofit Center for Science in the Public Interest, among others. Both Praxis and CSPI have been aggressive opponents of sugary beverages.

The suit charges that Coca-Cola and the ABA “executed a strategy of shifting focus away from sugar-sweetened beverages to a lack of exercise as a principal cause of the obesity epidemic” and “led consumers to believe that all calories are the same, when science indicates that sugar drinks play a distinct role in the obesity epidemic,” sums up CSPI’s announcement of the filing.

The groups cite, for example, a Coke video currently on YouTube, “Be OK,” as among those “spreading misinformation” by suggesting that “exercise, even small amounts like laughing or bowling, can offset the harmful effects of drinking soda.” The video notes that the “140 happy calories” in a 12-ounce can of regular Coke can be spent on “extra happy activities” such as 25 minutes of dog walking, 10 minutes of dancing, or 75 seconds of laughing out loud (shown above). The video (shown below) plugs Coca-Cola Zero at the end, with the message: “Calories Optional.”

The Praxis complaint also cites the multiplatform Mixify campaign from ABA, Coca-Cola, Pepsi and Dr Pepper — charging that it “encourages kids to consume sugar-sweetened beverages and then exercise more” — and Coca-Cola’s 2014 investment of $22 million on “physical activity” programs around the world, saying that those promoted the company’s products along with the idea that “modest amounts of exercise” are the “key to avoiding soda-related diseases like obesity.”

Asked why the Praxis lawsuit does not name PepsiCo as a defendant, CSPI litigation director Maia C. Kats told Reuters that PepsiCo “is not promoting itself as a voice of science, or misrepresenting the harms of sugary beverages, the way Coca-Cola is."

CSPI already has a lawsuit underway against PepsiCo, alleging that the images on the products’ labels mislead consumers to believe they are paying for ingredients like berries and greens, whereas apple and orange juice are the dominant ingredients. That suit was filed in October.

In the U.K., Coca-Cola ran essentially the same “Be OK” ad (that ad cited “139 happy calories”) and a “Coming Together” ad that promoted its lower- and no-calorie product initiatives, in 2013, according to Campaign. Subsequently, the U.K.’s Advertising Standards Authority banned “Be OK” on the grounds that the creative “was ambiguous and did not clearly communicate to all viewers that it was a combination of all the activities depicted that would burn off 139 calories,” reported the trade pub.

Citing a 2015 New York Timesreport, the Praxis suit also alleges that Coca-Cola “covertly funded and publicized biased scientific research” and “substantially orchestrated a drumbeat of deceptive ABA press releases on science and health.” In total, between 2010 and 2015, the company spent $120 million on “research and other projects aimed at confusing consumers about, or denying, the science linking health risks to soda and other sugar drinks,” CSPI asserts.

In December, the Times also reported that a study published in The Annals of Internal Medicine, which criticized sugar guidelines from the World Health Organization and other health groups as being based on “low-quality” evidence, was paid for by the International Life Sciences Institute, which is funded by companies including Coca-Cola, General Mills, Hershey, Kellogg, Kraft and Monsanto.

A Coca-Cola spokesperson described the Praxis lawsuit to Reuters U.K. as “legally and factually meritless,” adding: “We take our consumers and their health very seriously and have been on a journey to become a more credible and helpful partner in helping consumers manage their sugar consumption."

As of Thursday morning, the ABA had not posted a response to the new lawsuit.

Last September, ABA announced a “Balance Calories Initiative,” launched by ABA, The Coca-Cola Company, PepsiCo and the Dr Pepper Group in conjunction with the nonprofit Alliance for a Healthier Generation, founded by the American Heart Association and the Clinton Foundation. The initiative declared the companies’ goal to reduce beverage calories consumed nationally by 20% by 2025, with emphasis on promoting “calorie awareness” and consumption of their bottled-water products, as well as introducing and expanding lower-calorie products and smaller-portion packages.

“Our industry has a longstanding commitment to being part of the solution to reducing obesity in America,” says ABA’s site, and the Balance Calories initiative “will take our efforts to provide consumers with more choices, smaller potions and fewer calories to an ambitious new level.”

In October, Coca-Cola COO James Quincey, since chosen to succeed Muhtar Kent as Coca-Cola’s CEO as of this May, reported that the company is addressing calorie reduction with more than 200 reformulation initiatives, among other efforts.

The Praxis lawsuit — which also accuses Coca-Cola of advertising to minors, despite a pledge not to do so — asks that the company and ABA be enjoined from engaging in “unfair and deceptive marketing of sugar-sweetened drinks” and any marketing directed to children. It also asks that they be required to disclose all corporate documentation and communications relating to the health impacts of sugar drinks and obesity, and to fund “a major corrective education campaign to reduce the consumption of sugar-sweetened beverages.”

Last May, the court in which the new suit was filed, U.S. District Court for the Northern District of California, upheld a San Francisco ordinance requiring that ads for sugar-added drinks bear a warning that “drinking beverages with added sugar(s) contributes to obesity, diabetes and tooth decay.”