Interpublic Tests Ads That Reach Out And Touch Someone, Finds Lift 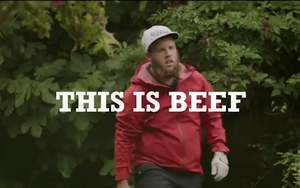 Sight, sound and motion have long been the Holy Trinity of Madison Avenue’s sensory perception -- and of TV’s and video’s dominance of advertising formats -- but new research from Interpublic’s Media Lab and Magna units touches on a fourth sense that may be an even more effective and engaging one: touch.

The research, which was based on tests of a series of “touch-enabled” video ads -- ads that produced tactile haptic feedback enabling users to literally feel them -- found that they generated a 50% lift in among consumers for the brands participating in the study.

The findings, which will be released in a report, “Ads You Can Feel: The New Mobile Experience,” were based on a study of haptic feedback enabled pre-roll Web video ads using technology developed by Immersion Corp. for a four brands -- BMW, Royal Caribbean, Arby’s and Truvia -- that were experienced by a panel of 1,137 Android users.

The full sensory experience is best observed by viewing the ads while holding a haptic-enabled mobile device, but if you watch the video below of the ad created for Arby’s you’ll get the idea -- just imagine your phone actually reverberating when the announcer’s deep-throated voice resonates or when pro golfer Andrew “Beef” Johnston pitches a ball into an Arby’s cup producing a trademark kerplunk sound that also vibrates as the cup tilts over.

The study found that well-executed haptic applications increase a viewer’s engagement with an ad, but also boost the toucher’s sense of connection with a brand in the most literal way, yielding emotional connections -- especially “happiness” and excitement.

Standard versions of the video ads tested achieved happiness and excitement levels of 37% and 30%, respectively, while versions enhanced with haptic feedback generated rates of 44% and 38%, respectively, for the same emotions.

Interpublic said the haptic versions also generated a “halo effect,” boosting perceptions among consumers that the brands were also exciting by 6%.