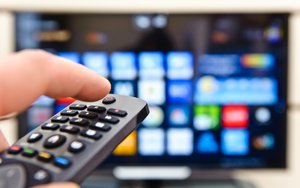 Although many TVs in U.S. households can connect to the Internet, many consumers do not seem to be opting to utilize that connectivity.

Nearly a fifth (19%) of U.S. households say they have canceled at least one over-the-top (OTT) Internet-based TV service within the last year, according to new research from Parks Associates.

However, that churn rate has decreased slightly from 20% in the year prior, according to Parks.

Households with over-the-top subscriptions currently pay less than $8 per month on average for those services and $8 per month on physical media purchases and rentals such as DVDs, according to Parks.

"The key to success in the long term will be retention. Consumers are experimenting with different OTT services, and many providers incorporate no-contract, cancel-anytime models to remove barriers to entry and to entice consumers to try new services free of obligations."

On the adoption side, consumers appear to be interested in moving from traditional TV services to Internet-based alternatives.

Another recent study from Forrester Research found that nearly a quarter (19%) of consumers currently paying for traditional TV say they will likely switch to a streaming service within the next six months, as the IoT Daily recently reported (Cost Drives Traditional TV Viewers To Online Alternatives).

That study, comprising a survey of 4,000 U.S. adults, found that among the current 6% of adults who have already switched to Internet-only services, cost was the primary reason for switching.

Those who said they will likely switch in the next six months cited better content availability and quality as a reason, in addition to cost.

Although there seems to be no clear mass adoption of Internet-based TV services, the hardware is already in many homes.

Nearly three-quarters (74%) of U.S. households now have a TV with an Internet connection, according to a recent survey of 2,000 U.S. adults by The Diffusion Group.